Golf is a club-based game and is played in an open field. However, it is played by millions of people around the world. But not everyone can afford to go to a golf club every day. As it is a bit costly, people can not have the golf course every day there. So they can lay it at home online. And can practice their favorite sport at home. This is how Golf games for PCs come into use. Their golfers play their balls into a hole by using different types of golf instruments. But golf can be played at home online too. There are several golf games for PC for online playing. These are available for android & PCs too.

The two common forms of playing golf are match play & stroke play. In match play, two teams play holes at a time; in stroke play, the golfer who has the smallest number of strokes wins. There are different kinds of rules in golf playing.

There are several online golf games for PC. It is actually hard to say which one is best accurately because the performance of the application or software depends on the windows of the PC. Here top 10 online golf games list are given which are pretty good for online playing:

It is the highest-rated entry into the TW series. This is a sports video game. It was developed by EA Redwood Shores for the GameCube, Xbox & play station. It was the first to feature & create its own custom characters. It received positive reviews. 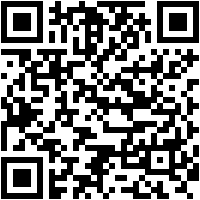 It is a sports video game developed by EA Tiburon. It was developed for PlayStation 3, Wii, etc. Though this game supported the online version but somehow later on it was made unavailable! But this was a great video golf game.

It is also developed by EA Redwood Shores for Xbox, PlayStation & Gamecube. It is available for Microsoft windows version & mac OS versions. It is published by EA sports. It has a scenario of 50 scenarios. It challenges the player’s skill in a variety of realistic settings. It also enables a tournament mode along with this you can get a speed Golf mode & PGA tour.

It is developed by Camelot Software Planning & produced by Nintendo. It is the seventh installment in the Mario gold series following Mario Golf: World Tour in 2014. It includes various characters from the Mario franchise competing in the sport golf with the regular competition & other modes. The gameplay is similar to the regular mode of previous entries of this series. It is an upcoming game. But it is heard it will be one of the best golf series of the online version. 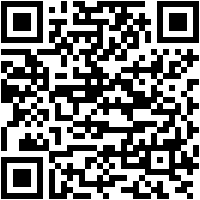 It is a similar series to the Golf Club 2. It comes with a whole new host. It has a single-player mode as well as online playing. It is one of the most comprehensive golf games yet.

2K label has one of the most talented development studios in today’s world. It was founded in 2005. Alt-shot has been added to this. It has an improved character editor. It has a new game mode like Skins & Alt-Shot. You can explore the new PGA tour here!

It was developed by an Australian developer. It was published by Team71. It was early accessed in 2016. It has strong consumer IP. Over the two years, it has shown great potential!

It is a simple mini golf game. You can play this game single or with other friends on the same computer. It includes a total of 36 holes with slopes. It has some other elements to make it more challenging. You can also see the number of hits on the game status bar. Although it doesn’t have very good graphics, it works great for a short break! Another important thing is it is very mouse controlled and very easy to play! 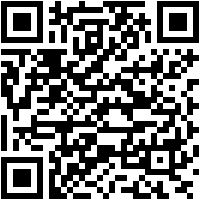 It was developed by John Daly himself. It has truly realistic golf physics. It includes a variety of game modes like- tournament, exhibition, practice, challenge, etc. It has good control over motion. It gives players a neat first view.

It was developed by EA Redwood Shores. It was released on PlayStation. It was published by Electronic Arts. The main objective of this game is to play tournaments through each circuit and defeat cyber tiger & other golfers. It is mainly for Hot-Shot lovers. It gives a real-life PGA tour. It includes power boost shots, editors, practice, etc. It also has an analog control system.

We have seen the list of top 10 Golf games for PC. It is very difficult to choose one among all these. As these all are highly famous for PC users also gained good ratings! Golf is a very interesting game. It’s all about techniques and good capture of notice!

Though here I have talked about most of the rated games online among these, I would like to choose Tiger Woods PGA 2004, Mario Golf, and minigolf as the best golf games for PC.

These specific games have a specialty that is not present in other golf games. These games give players a real feel of the PGA tour. Not only this, but these games also have extra practice mode, also speed mode. Players can play single or with opponents as their wish!

Above all, these are super easy to play & some can be controlled by a mouse only! That’s great news!

Although golf is an open field thrill-getting game, it can be played during leisure hours online too on PCs too. For beginners, it’s a good opportunity to practice & understand the game. It gives basic knowledge to a player which is useful! Here I have talked about the ten most hyped Golf games for PC. These have been attaining great score & name & fame on the market till now.